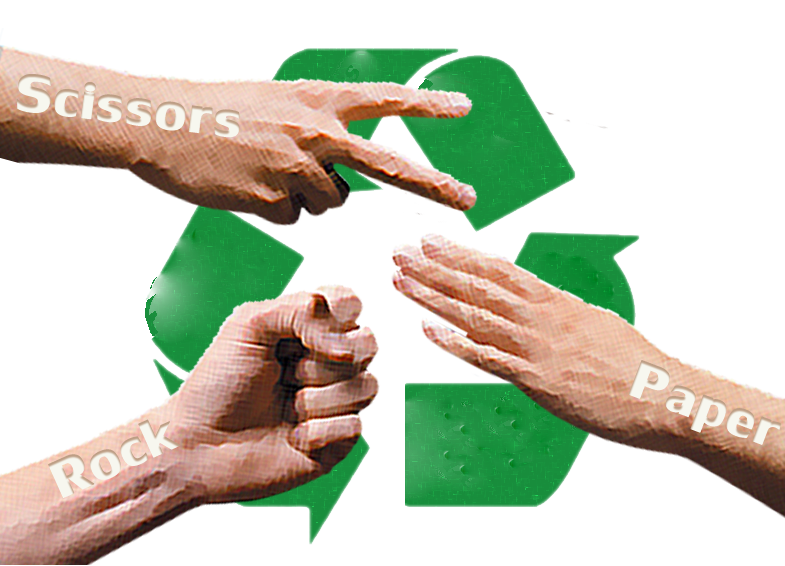 Rock-Paper-Scissors is suppose to be a zero-sum hand game with a 1 in 3 chance of winning any given round, but is it really a game of chance?

The zero-sum game characterization is based on the assumption that the weapon (rock, paper or scissors) is chosen at random. Most real life experiments will show that, on average, players tend to chose each weapon about a third of the time.
However, who is to say that there is no pattern in the order of the weapon choice?

If players continuously or subconsciously use a predictable strategy to play the game then that’s a weakness that can be exploited.

In a 2014 study conducted by Zhijian Wang, Bin Xu and Hai-Jun Zhou at Zhejiang University, researchers recorded the actions of 360 students, divided into groups of six players, playing 300 rounds of the game in random pairings.

Upon inspection of the data, it appeared that on average, each player chose each action about a third of the time, as predicted. However, the analysis also revealed 2 patterns: 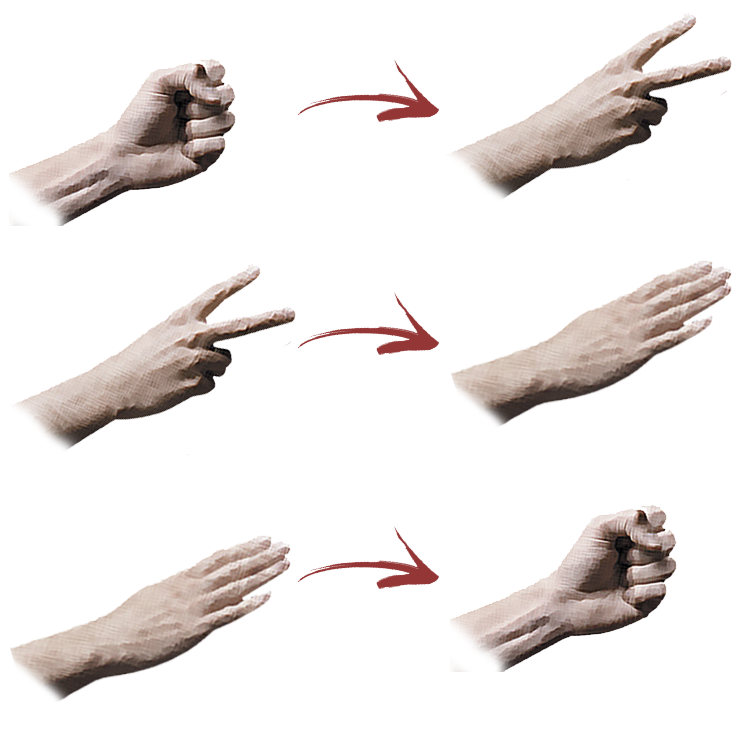 Players who lose are more likely to switch to the next weapon in a clockwise direction (Rock → Scissors, Scissors → Paper, Paper → Scissors).
The possible explanation being that the weapon selected is the one that would have beat the opponent in the last round.

How to apply this knowledge?

What if this is the first round?

Based on analysis of data collected by “The World RPS Society” during their tournaments, not all weapon are equally common. The division is actually:
Rock 35.4%
Paper 35.0%
Scissors 29.6%

It’s important to keep in mind that “The World RPS Society” sample does not represent the general population well:
– Mostly experts play tournaments.
– Far less women play in these tournaments then men.
However, “The World RPS Society” also found that women are more likely to chose scissors, while men are more likely to chose rock. Both of these findings, along with the women to men ratio in tournaments explains the above division.

Reference: Social cycling and conditional responses in the Rock-Paper-Scissors game.

2 thoughts on “How to Beat Rock-Paper-Scissors – Improve Your Odds of Winning the Game.”